So, this week it is all about "Bloopers". We all get them, those moments in a photography session where things, well, just don't go quite as planned. In the case of photo sessions with Border Collies, who never do anything half way, it usually amounts to "epic fail".

So, gather the usual cast of characters, Meg'n (who will be 13 on the 9th of September), Frisbee and Ball crazy Bonnie, and her just as fetch anything that flies crazy boy, Wisp. The plan, get shots of some awesome catches! With balls and frisbees flying and 3 Border Collies focused and racing around, something was bound to happen! These three did not let me down. I want to say, no dogs were hurt in the making of this photo session....

First up is Meg'n. She just does not get the need to chase after something in the air. I know, just not Border Collie-ish... So as the ball flew in her direction... you get the following. And yes, since she was locked on the the other two, who were locked on the ball, she did not see it coming... BONK. 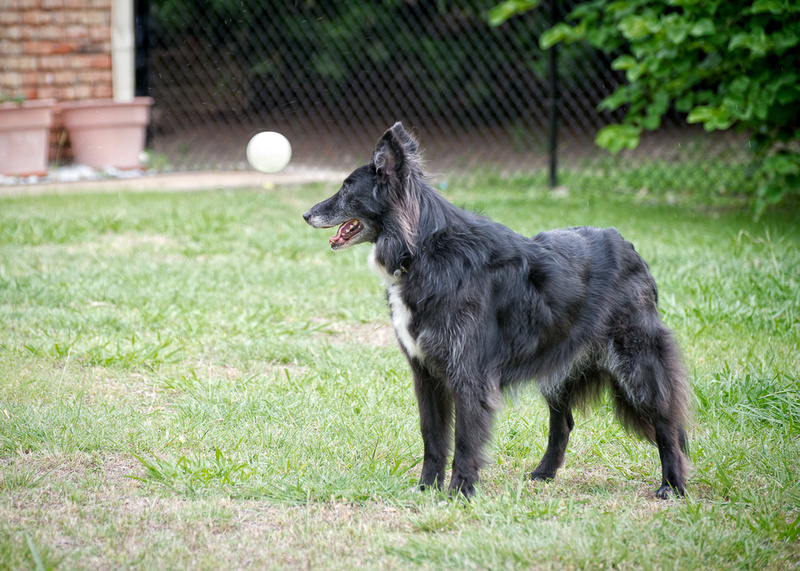 Then you have Wisp, who is so focused on getting the frisbee first, did not see momma Bonnie coming in like a cruise missile, taking his feet out from under him. Oh, and Bonnie most likely did not really see him either, until it was too late, as she was doing the missile thing, locked on the frisbee over Wisp's head... 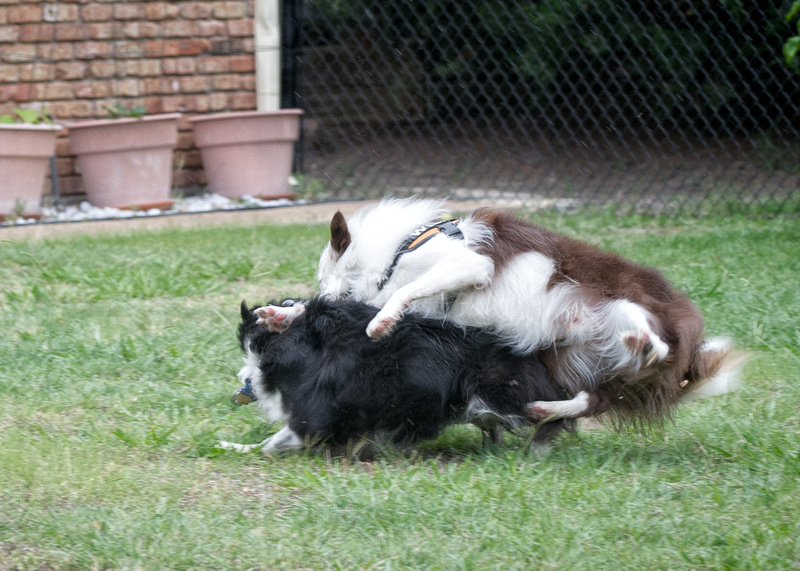 I had to include one from the last shoot I did for the project... When getting air for the catch, and leaving the ground too late... you again get Border Collie epic fail... all that air, and no frisbee in sight! 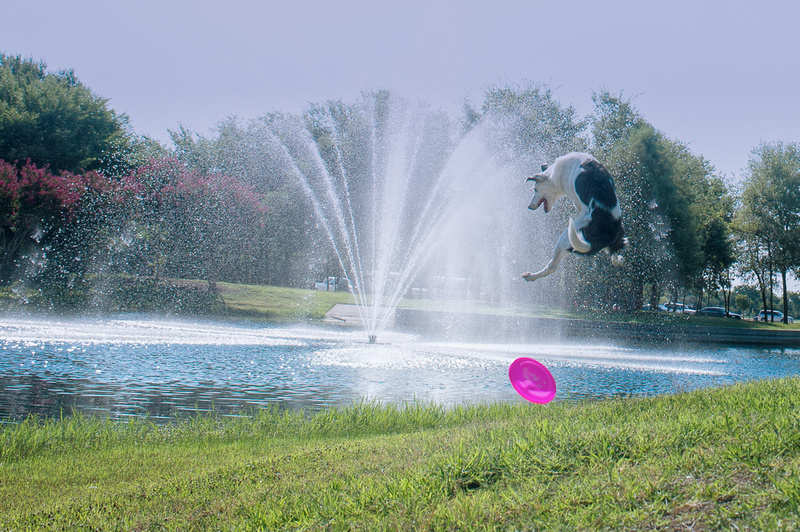 Then there was this BC at a charity agility event, who simply did not want to share her photo with her sibling... "you are in my shot, I say, you are IN MY SHOT"! 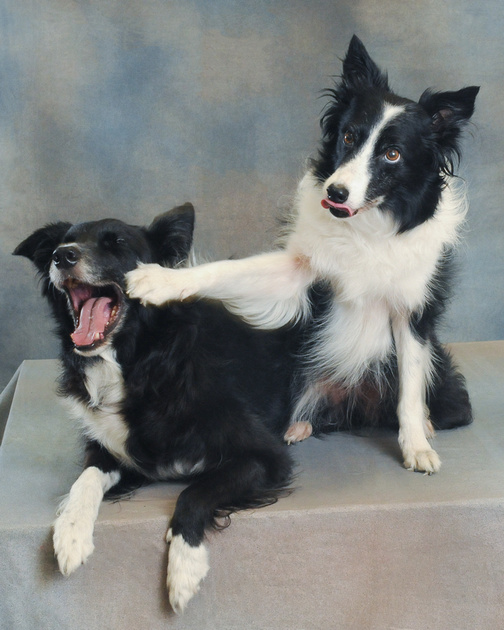 There you have it, Border Collies being Border Collies. All revved up and ready to fool their humans into that false sense that they can do nothing wrong! After all, they are so athletic and smart... and... focused. Right... uhm... which way did it go... sigh.

Hope you enjoyed Bloopers with Border Collies. Next in the ring this week is Kelly Baugh of Amyranth Prt Photography, San Francisco CA.

Deanna(non-registered)
Lol, those are awesome! Epic fails are hilarious. ;-)
Barbara(non-registered)
I always love your very entertaining commentary! Love the pics too - I about choked on that last one!
Karen(non-registered)
Remove the frisbee from the photo and it looks like Collie is jumping for joy at the sight of the water fountain, LOL. And your last photo made me smile; so cute.
No comments posted.
Loading...