Learn to Isolate: Depth Of Field

This week's topic is also about isolation, but using a wide aperture to turn the eye's focus to the subject. Using a wide aperture sets a shallow depth of field, causing the background to be less in focus. The lower the f-stop the wider the aperture, the fuzzier the background. With friend Peggy and her lovely Border Collie Bonnie we went off to the nearby yacht club for some nautical shots.

I used my 24-70mm f2.8 lens. I probably should have used a lens that would have allowed me to get a bit more length. It was quite sunny. I wanted the sun at Bonnie's back, which meant using a reflector to light her face. After putting reflector, person holding reflector, and Peggy between me and the dog, the shallow depth of field gave me shots a bit softer than I would normally like because I had to physically be further away from Bonnie.

These shots were taken with an aperture of f2.8 nice soft background of the sailboats and their masts. 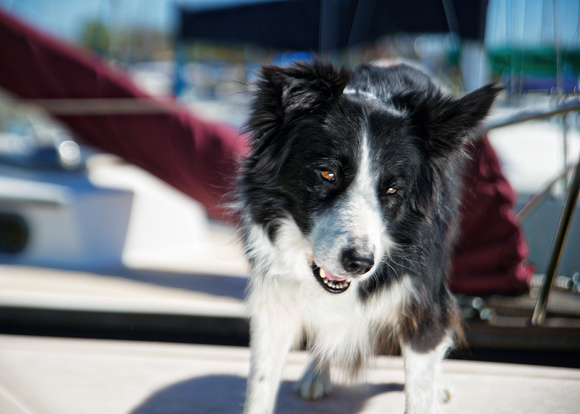 As a comparison here is Bonnie at an aperture of f3.5, the masts and lines are more visible in back: 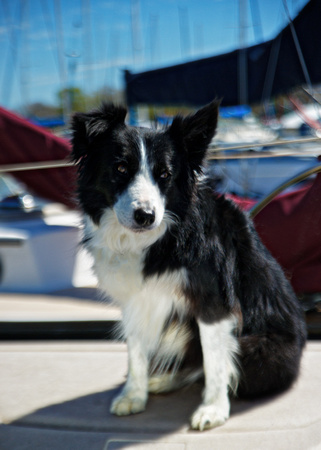 And another of Bonnie at F4.0, you can begin to see the sail cloth bag in back of Bonnie begin to be more in focus. 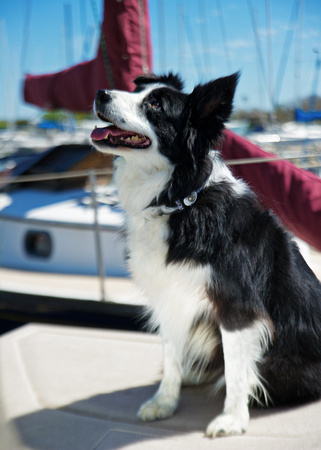 I want to leave you with the following shot of Bonnie (again at f4.0), looking out of the yacht club docks, wistfully wishing she was a sailin'. Can't you just hear Jimmy Buffett singing in the background.... 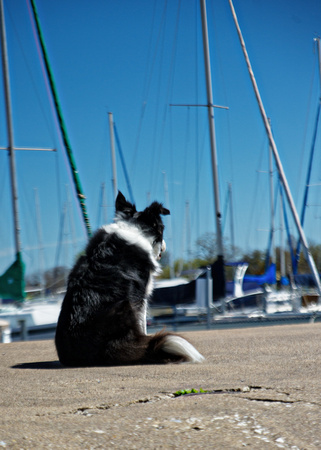 Remember this is a blog ring. Please continue on to the next Pet Photographer, Susannah Maynard at Pet Love Photography, serving the greater Cincinnati and San Francisco Bay areas.

Kelly(non-registered)
Such a beautiful subject you had to work with. :O)
No comments posted.
Loading...