How to use contrast in a photo, not the contrast function in your favorite post editor, but actually planning some contrasting colors in your composition to make your shot stand out. Contrasting colors are colors that complement each other, not clash, in an image. David Duchemin uses the color wheel, and instructs that colors opposite each other in the wheel are considered complimentary.

He goes on to say that stronger color contrast in an image brings stronger "visual mass" to the element. Use it to pull an eye in a picture, it causes visual strength to something, it can give greater depth to an image by creating separation. The brighter and more saturated the colors the greater the contrast and depth, allowing us to be creative and express different things. Using contrasting colors can also make the other colors in an image more intense. The greater the contrast, the greater the effect.

So what to do this week? I went back to my shoot with Meg'n. There was this rose bush, just beginning to flower, in back of the field of bluebonnets. There were lovely red roses sprinkled throughout. Enter Meg'n. She is a dark dog, the bush itself is a bit darker with green leaves. Look for a place to put the old girl where she would be surrounded in the roses, but using them to make the image pop a bit more. This is using an element in the photo, other than the subject itself, to add some depth. 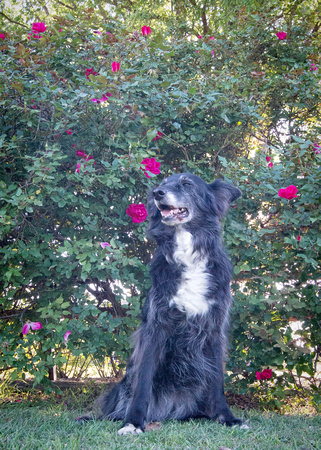 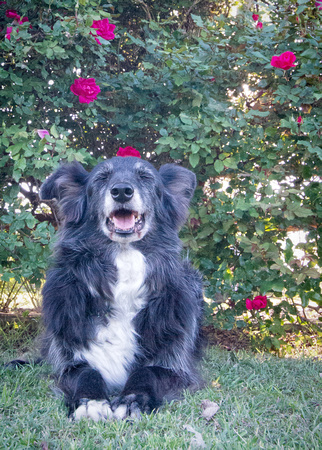 This past week, I have had the privilege of photographing a regional competition of Police Dog and Handler Teams. The first couple days were centered around narcotics and bomb dogs. The last two were about patrol dogs. The work these teams do in service to their communities is important. The time spent training these dogs, and the time learning how to handle them is life consuming. The bond these officers share, dog and human, is deep. They learn to depend on one another. On the end of the Obedience course, I was able to do some creative shooting with the teams. Their back was to me, and there was an American Flag in the background ahead of them. I wanted to use the contrast of the flag to show the commitment given to their communities. Here is one of those images. 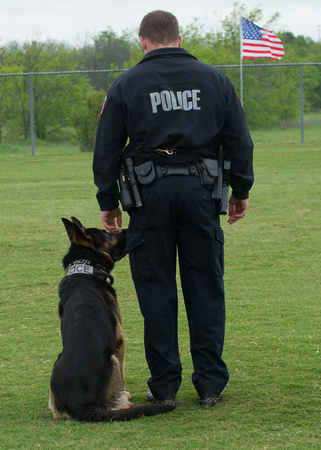 For these next couple shots, also taken at the Regional Competition, I wanted to use the subject as the contrasting element. I focused on the dog, as they paid attention to their handler just before a field search. The Malinois is a bit more obvious due to his color, but I also wanted to show that a black dog in a sea of green can be just as much of a contrast if you don't have a lot of other color elements. 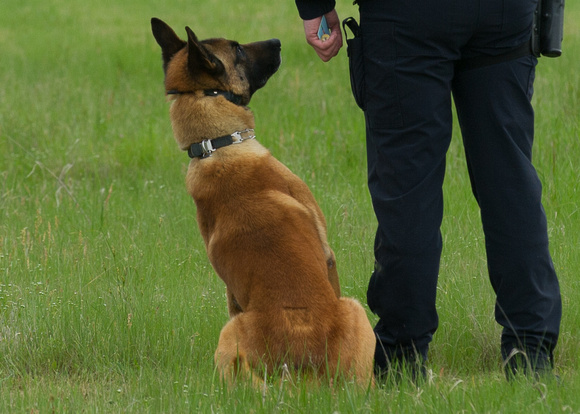 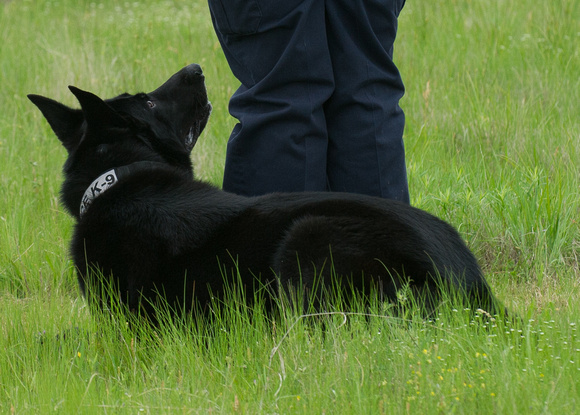 Please forward on to the next photographer in our ring to see another interpretation of Explore Color Contrast, Kim Hollis of See Spot Run Photography.