This week is about wide angle Lenses. Although most think of using wide angle in nature, I like to use mine in an urban setting. I am able to grab more information, scene. Think of it as a camera's peripheral vision. There are some things to think about when going wide.

There is a neighborhood in Dallas I have always wanted to shoot. It is called Deep Ellum, and has all this wonderful wall art. I put out a casting call for a dog that is good with traffic (both foot and vehicular) and set out for taking pictures with a dog and wall art. I used my 17-35mm f4 lens exclusively for this time out. A friend volunteered her border collie (of course) that I have used in the past, named Pogo.

This first shot is a nice image of Pogo with a mural depecting some of Deep Ellum's history. I am able to get much more of the art than I would with a shallower lens, yet you are still able to see Pogo in the shot. Kind of fun. I wanted more of a mural, and not just some graffiti, so I could utilize the inclusiveness of the wide angle to pull in more of the artist's vision on the wall. ISO 1250, 32mm at f/16 and 1/200sec. 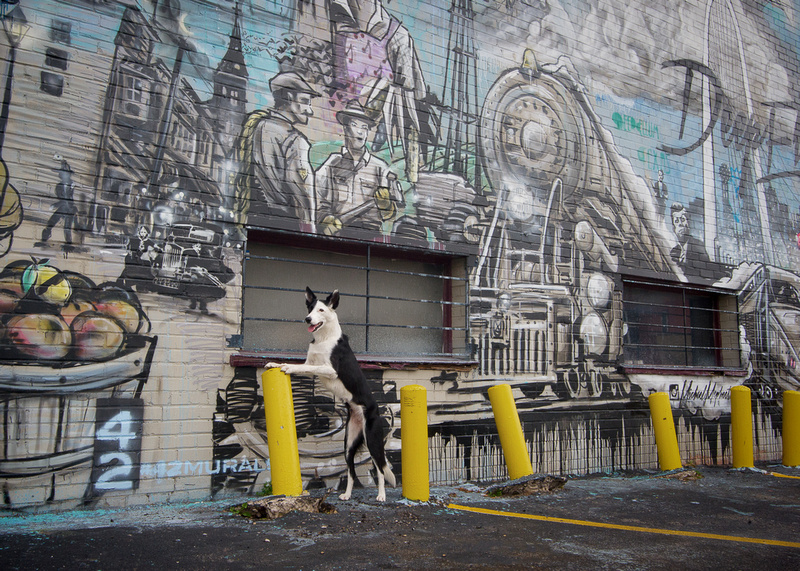 These next two shots are to show, basically, the same shot of Pogo, but at different focal lengths to pull in more of the wall art. First is ISO 1250, 26mm at f/16 and 1/125sec, the second is ISO 1250, 21mm at f/16 and 1/200 sec. Note the second shot gets more of the artist's work with just a little more focal length. I did not move, and Pogo remained in the same spot. With the wider angle, I was also able to pick up a bit more of the mural next to Linus in Blue. Note also that Pogo kind of gets lost as the subject at the expense of the background. 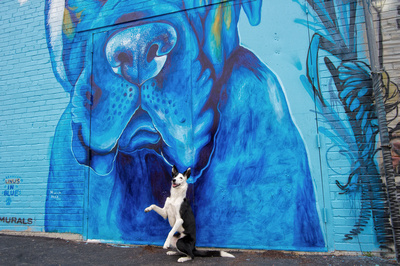 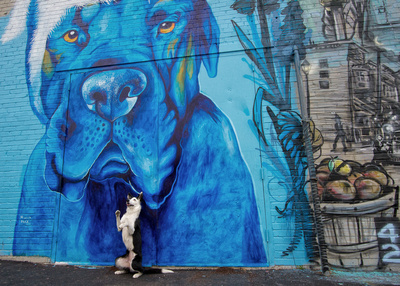 This next shot shows how changing the camera from landscape to portrait and getting lower to the ground gives a neat angle, gets me closer to Pogo, but the wide angle gives me more of the wall art for a more interesting picture of the subject. ISO 1250, 17mm, f/16, 1/125 sec. 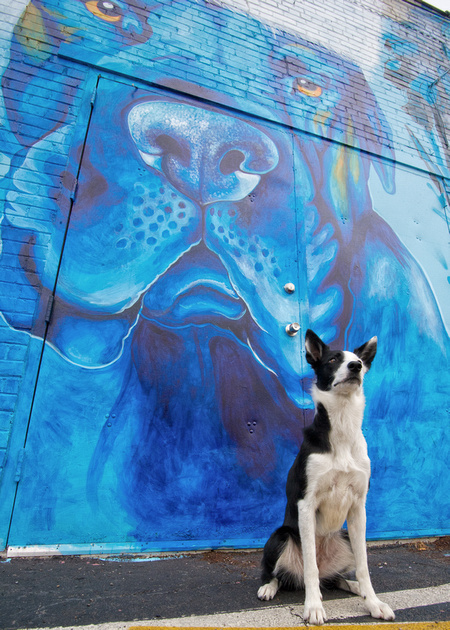 These next two show some of the distortion you can get with a wide angle if you get in closer. I like to play with distortion for urban shoots and a wide angle. You can get some interesting stuff. Both at ISO 1250, 17mm, f/6.3, 1/320 sec. 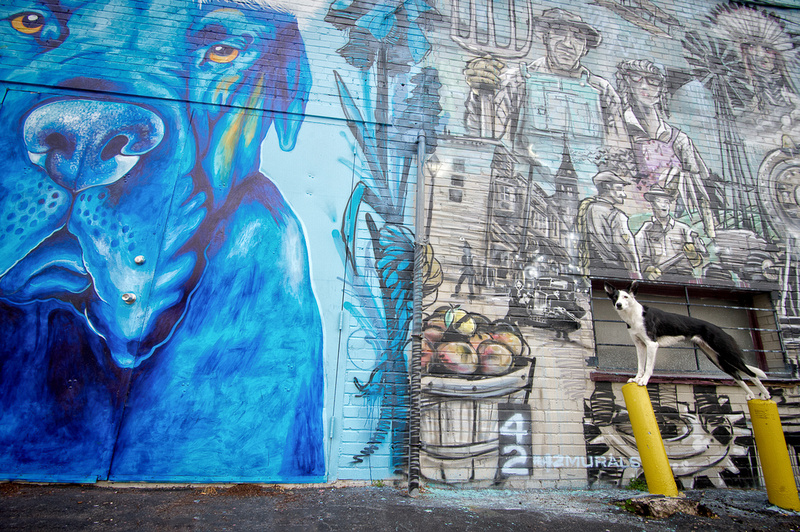 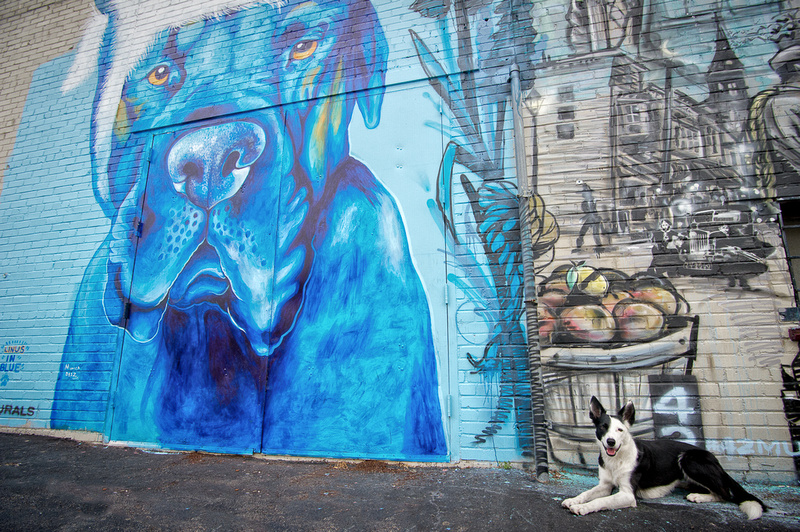 That's it for wide angle. It is neat that we have a place like Deep Ellum for wall murals, art and graffiti. Thank you to Lindsey Hinds and her dog Pogo. Remember this is a Pet Photographer Blog Ring and move on the the next in line at: Susannah Maynard at Pet Love Photography service to Greater Cincinnati and the San Francisco Bay Areas.